Kerala is a place where tourists cherish a range of natural beauties, that are found in every corner of the state. Does history entice you? Do you enjoy the visit to historical monuments? Are you looking for a place to celebrate the holidays and learn the history as well? Kerala has many historical places that will tell you about great history of this state. You can find many historical monuments or archaeological wonders in Kerala and can be visit during your Kerala stay.

Kerala welcomes every year thousands of visitors with open arms and pure heart. With several historical landmarks like temples, forts, churches, and mosques you wouldn’t be disappointed after the visit. The list of historical places in Kerala is a wonder in itself. Among all the Archaeological sites in India; Kerala holds the most places to visit. All the Monuments of Kerala are well-preserved and maintained so that it’s glorious and royalism could be shared with the upcoming generation. There are more than thirty heritage sites to visit in Kerala. Here we picked the some best historical places of Kerala, that one can’t miss while their visit to Kerala. 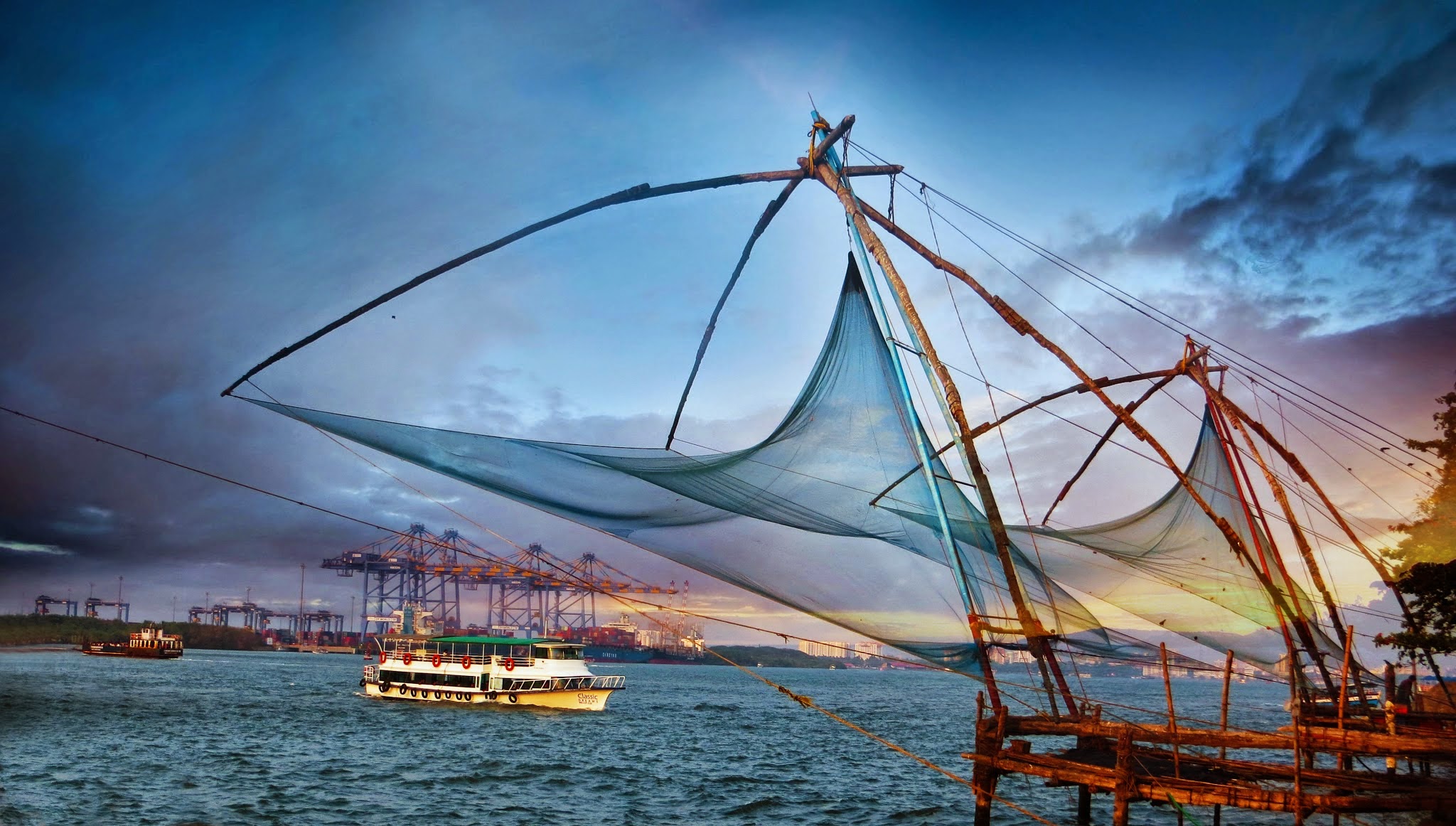 Fort Kochi is considered as one of the best places to visit in Kochi. It was hub of trade in old time. This place is heritage of Portuguese, well known as Fort Kochi. Don’t make thought of any fort by following its name; it has not a single fort of its own. This spot is popular among tourist for Fort Kochi beach and hotels and it highlights our history and culture. Here you will find many attractive places surrounding like Dutch Palace, the Indo-Portuguese Museum, and art center. There is footfall of tourist throughout the year, but especially in Kochi Carnival people in large number to attend this event. 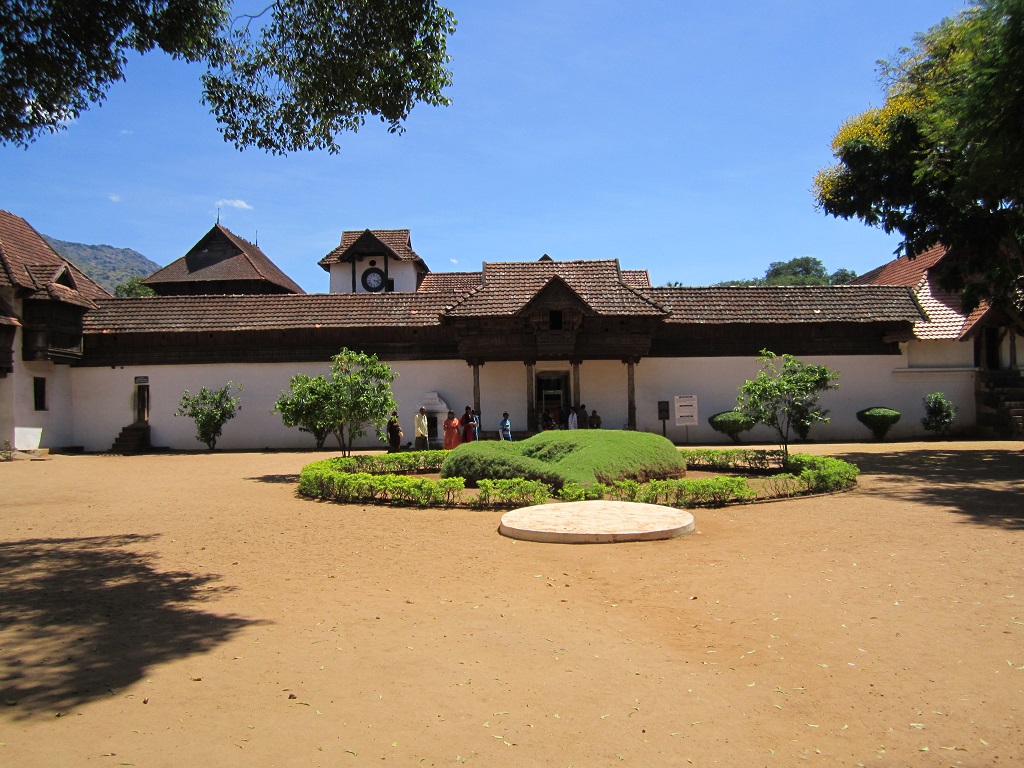 Padmanabhapuram palace is wooden palace situated around 64 km away from Trivandrum. This palace has wonderful architecture and excellent art. Because of its intricate carvings and amazing finishing it attracts tourist to visit here. The interior of palace is fabulous and you will find every part of the palace with variety like Dance halls, museums, dining halls. These all things are showing beautiful creativity. You must visit this place when you are on trip of Trivandrum. 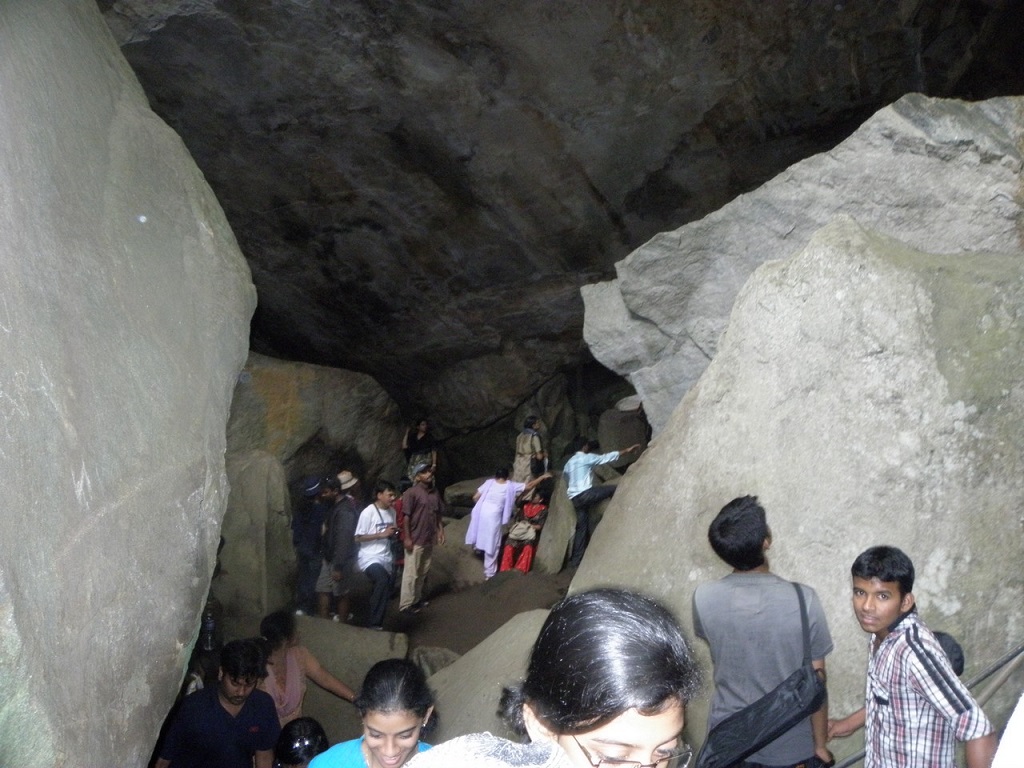 There exists in the history is marked since 1895. 1200 ft. above the sea level, Edakkal Caves in Wayanad are one of the hoariest human settlements ever revealed. The cave walls are full of pictographic illustrations and engraved design that point to the existence of antediluvian human residences in the province. 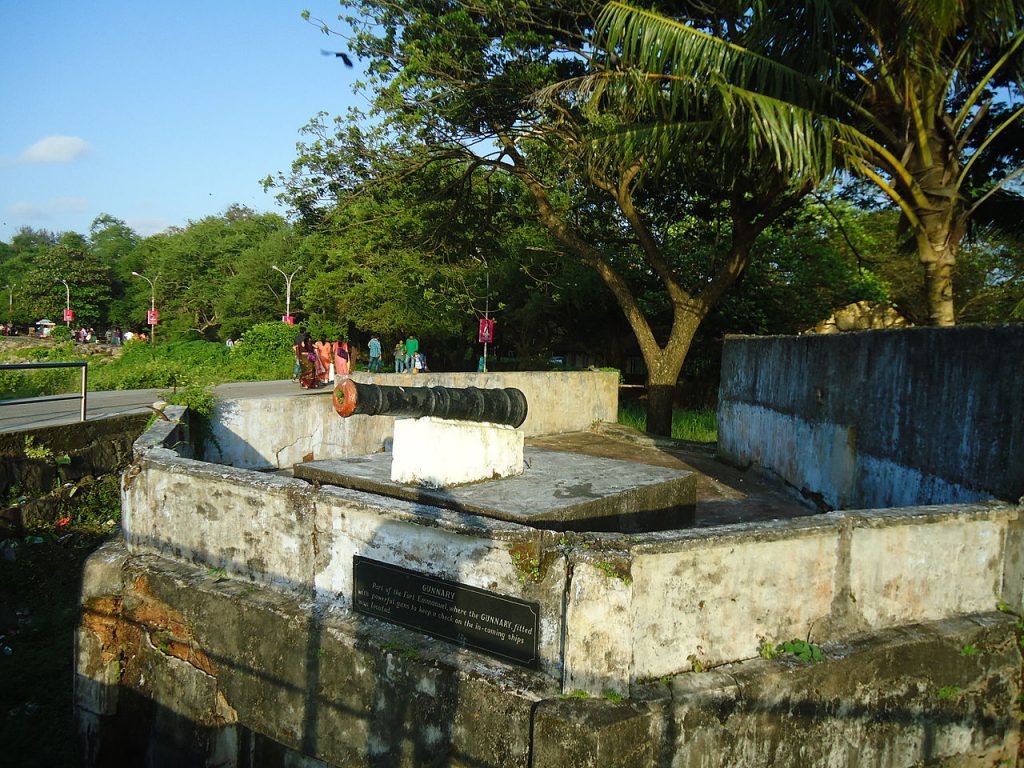 The fort was constructed in 1503 by the Portuguese and strengthened in 1538. It was named after the Portuguese emperor, King Immanuel. It significantly facilitated in solidification the Portuguese livelihood of the region. It was a sign of the tactical association amid the Maharajah of Kochi and the Emperor of Portugal. 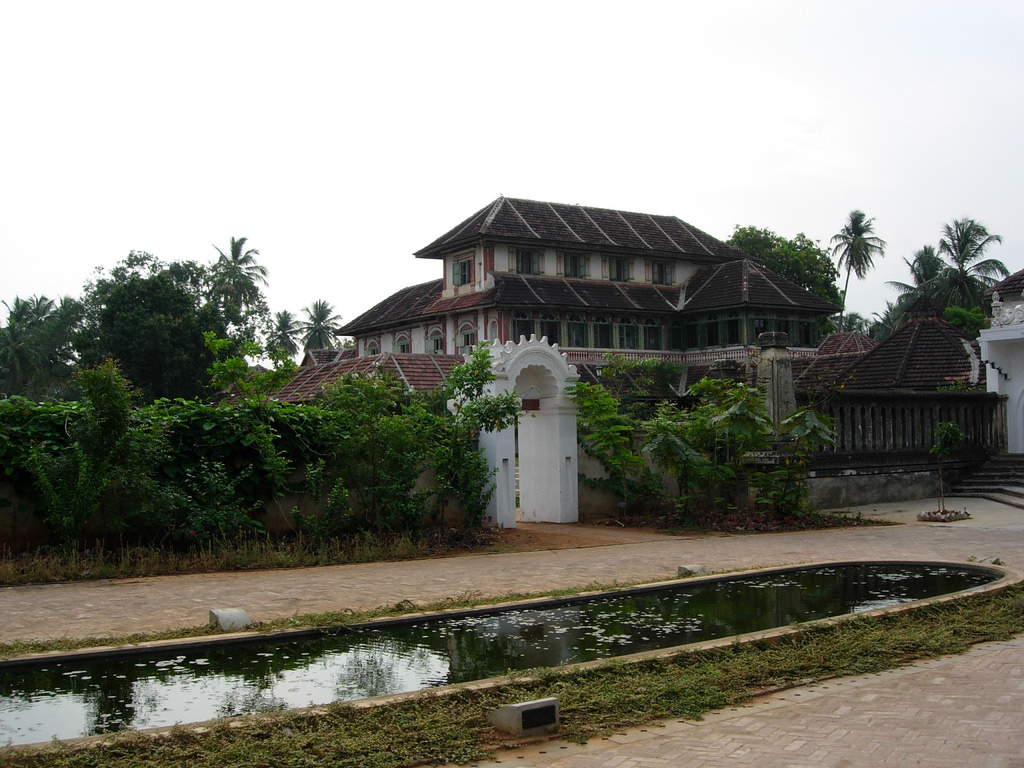 The palace epitomizes the customary architectural style of Kerala. It has presently been transformed into a luxury inn with offering Ayurvedic Spa in Kerala as well. Numerous global travelers visit this palace for Ayurvedic treatment in natural environs.

6 Mattancherry Palace – One of the Glorious Monuments in Kerala 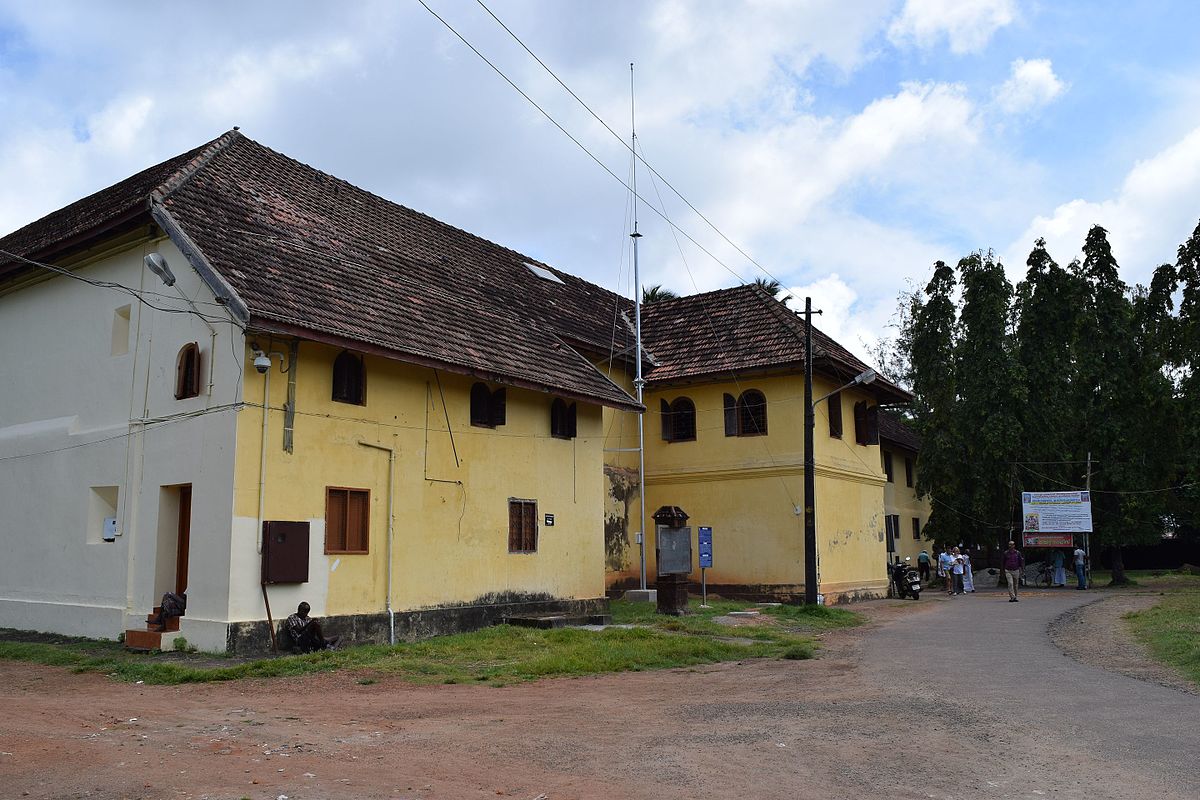 It is moreover known as Dutch Palace. Being one of the premium illustrations of the Kerala style of construction combined with colonial inspirations. It was constructed around 1545. The dual storied palace has an exquisite collection of murals. These portray some great Indian classics like Ramayana and Mahabharata. 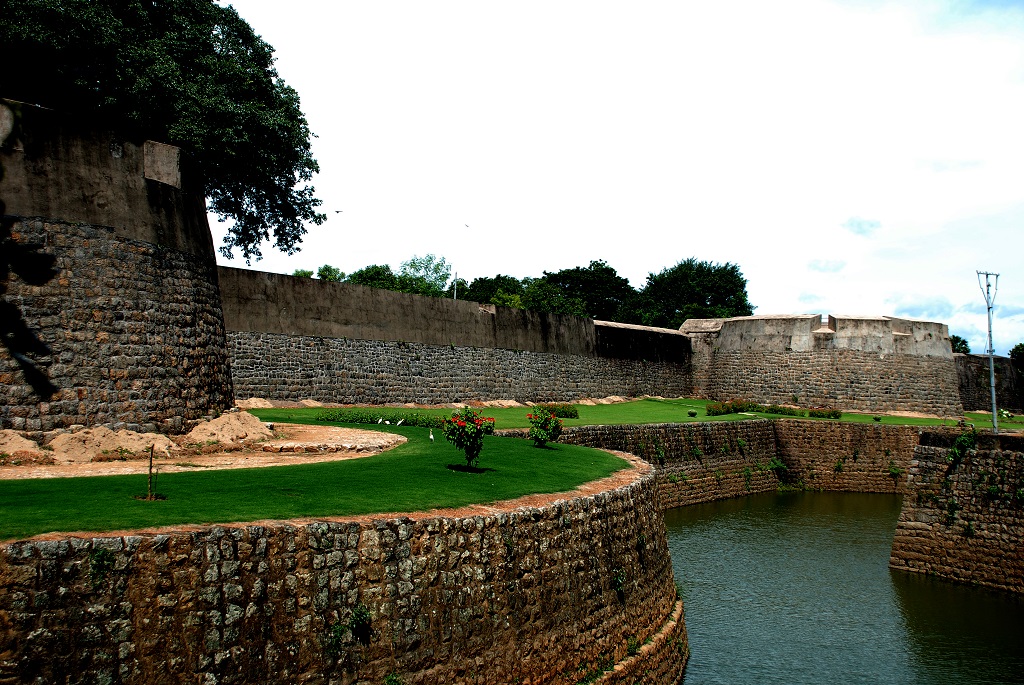 It is additionally known as Tipu’s Fort. This attractively preserved structure was a significant military base earlier. Reconstructed by Hyder Ali in the 18thcentury, the Mysore rulers ruled over it up to the time when British rulers took command of it. 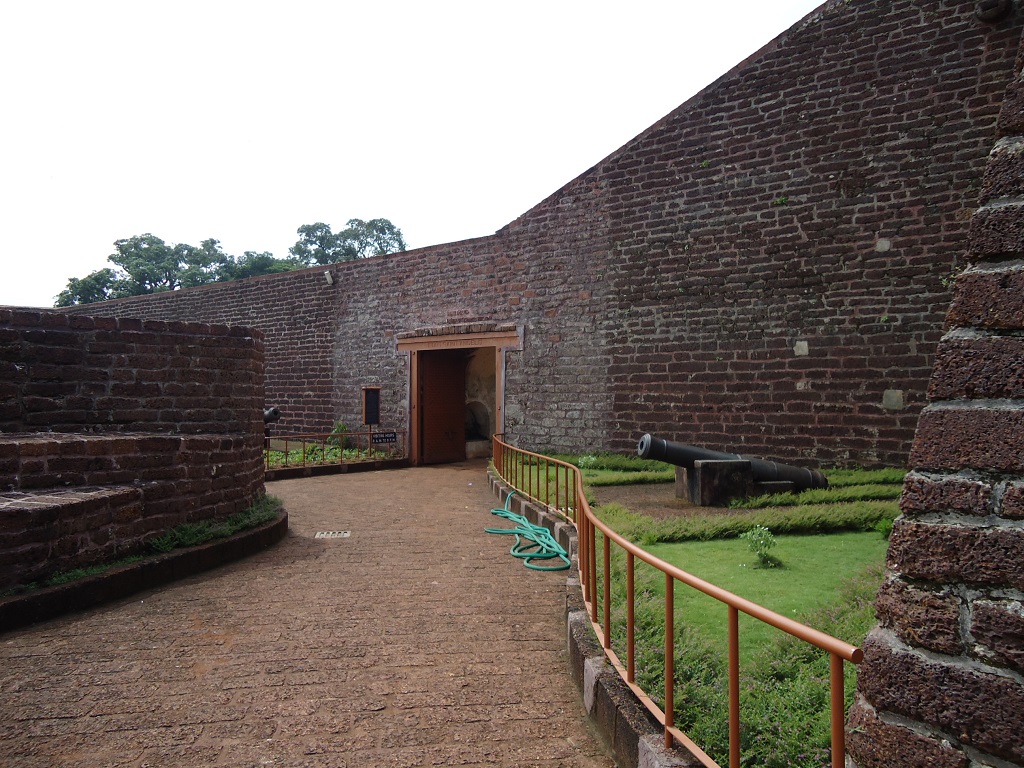 Built by Francisco de Almeida in 14th century, it is additionally famous as the Kannur Fort. The massive fort is trilateral in shape and built of laterite. The dyke, robust, parallel upholders, bullets scrapheaps, the concealed prisons and the clandestine passageways describes the evidence to the design and the scrupulous work that went into the building of this planned armed base. 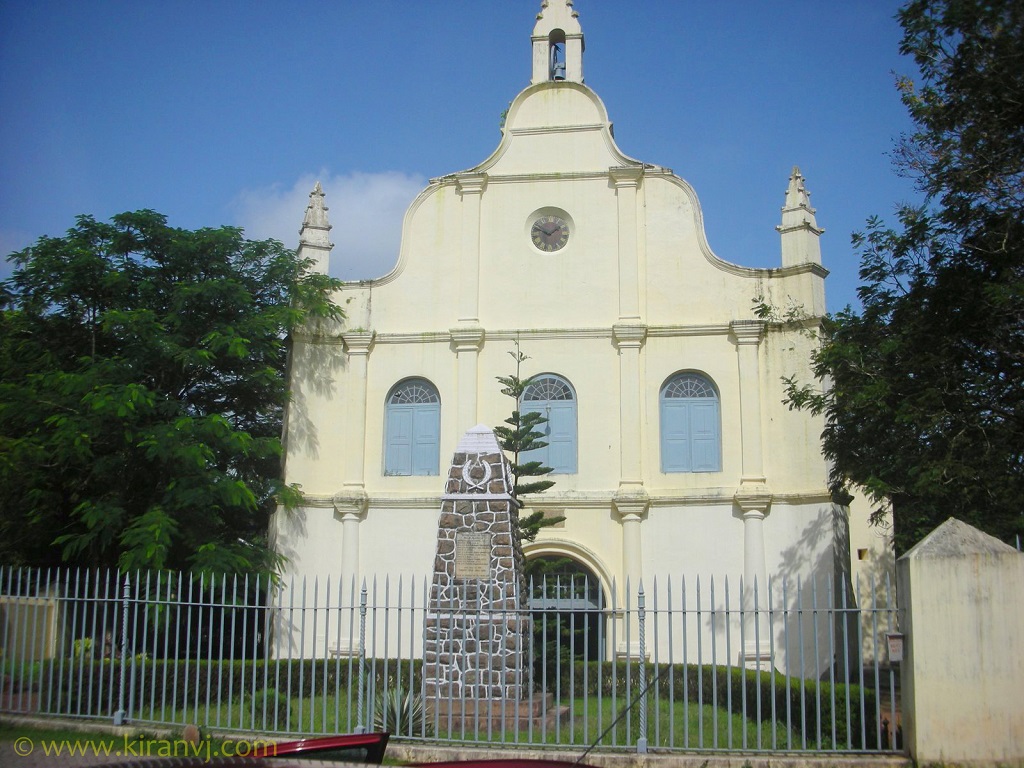 It is renowned for its spectacular structural design and setting. It holds a vital place in history. It is here that the famed voyager, Vasco-da-Gama, was formerly buried. The church is famous for its profound Dutch and Portuguese inspirations and is an architectural ace in itself. 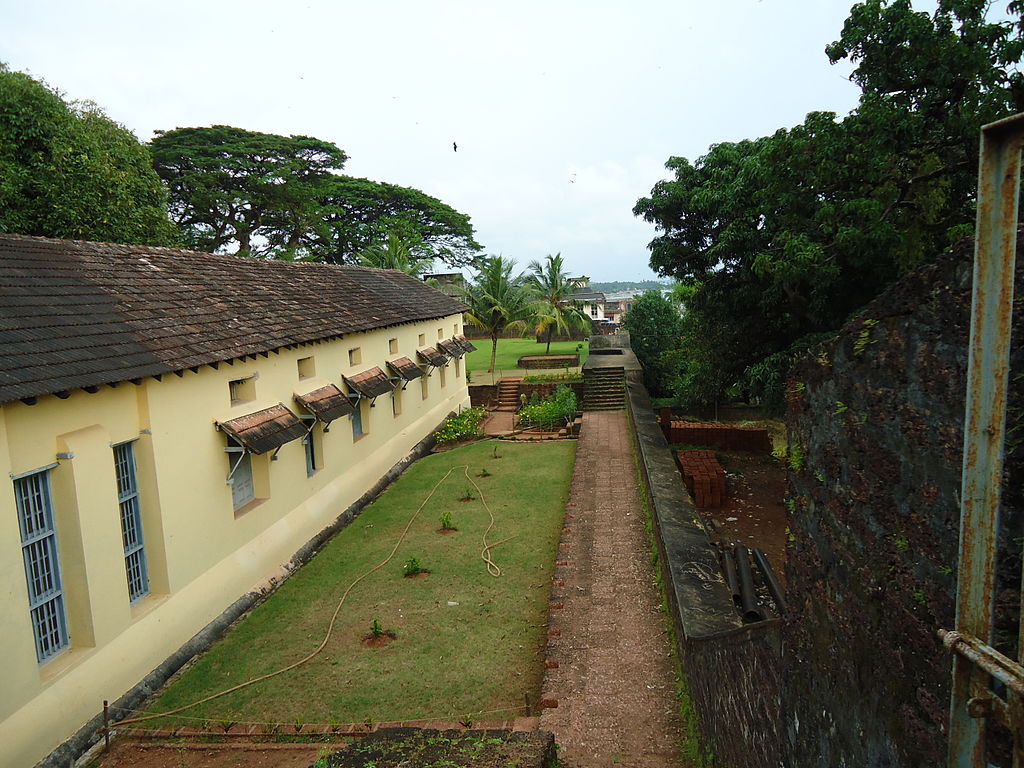 It is an ancient testament also known as Tellicherry.  It is located on the Thalassery seashore on a rock-strewn precipice. The fort is now controlled by the Archaeological Survey of India and includes a considerable entry along with a lighthouse. The entry gate is enormous, adorned with fresco canvases outlining back to the 18th century present on its roof.  It is supposed that Thalassery Fort was built by a blend of quicklime, white of egg and sugar toffee. An ancient mosque Odathil Palli, Jagannatha Temple, and Thiruvangadi Sri Rama Swami Temple are neighboring charms.

11 Jewish Synagogue – Oldest Active Synagogue in the Commonwealth of Nations 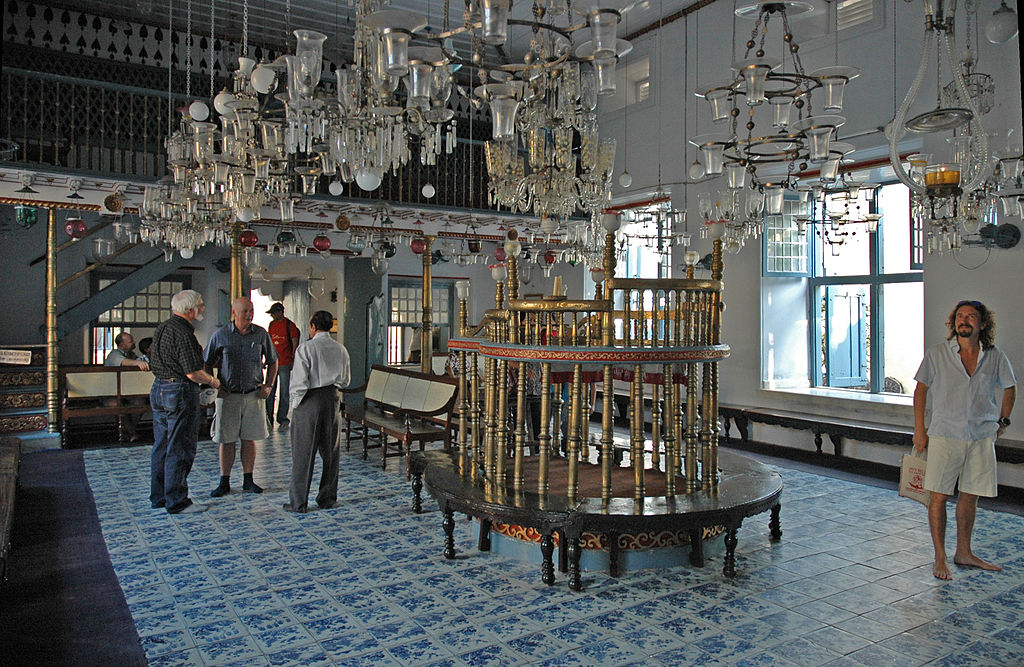 The Jewish Synagogue is built in 1568 in the Fort Cochin. This place has its own historical significance that is preserved till today. The most important attractions of Synagogue are the copper plates, blue Chinese tiles, gold and silver crowns, and many others. The combination of these provides the enthralling sight to its visitors. Tourists can visit this engrossing spot every day of the week, except Saturday. After the formation of a Jewish State in Israel, the majority of Jews moved to this state, only a few people, 17 Jews are still in Cochin. 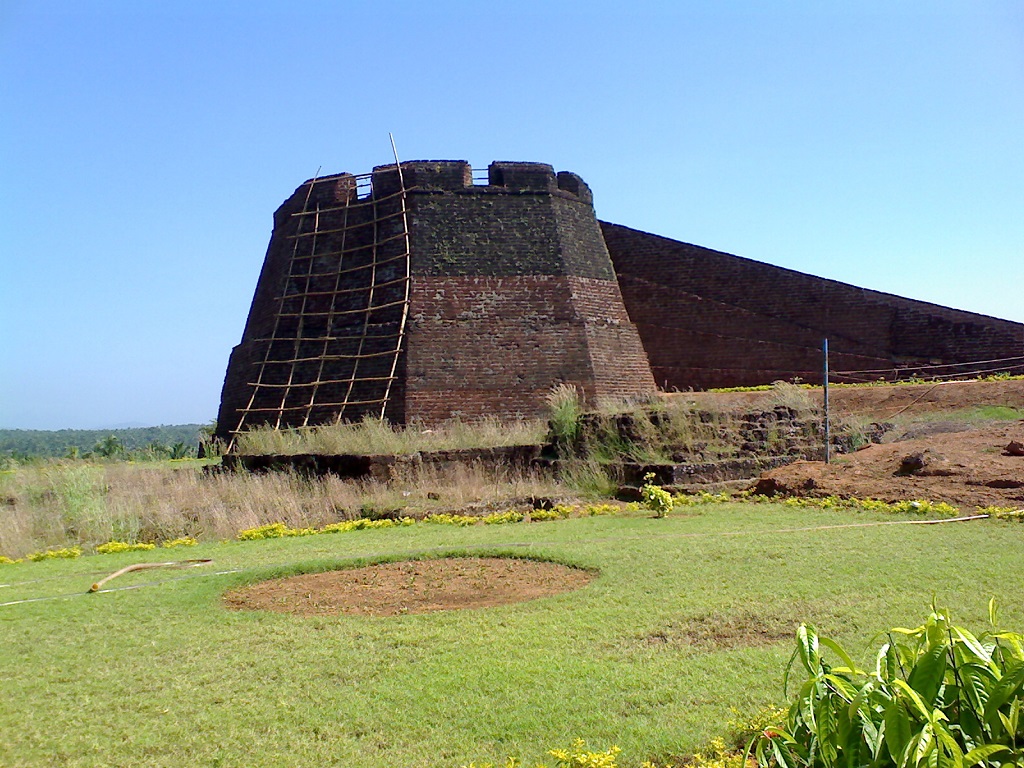 Bekal fort is the biggest fort of Kerala and considered as about 300 years old fort. As per the resources, this fort was constructed by the Sivappa Naik in 1650s. Sivappa Naik was belonged to the Ikkeri dynasty and later on this fort was moved to the Haider Ali, Tipu Sultan, and Britishers rule. 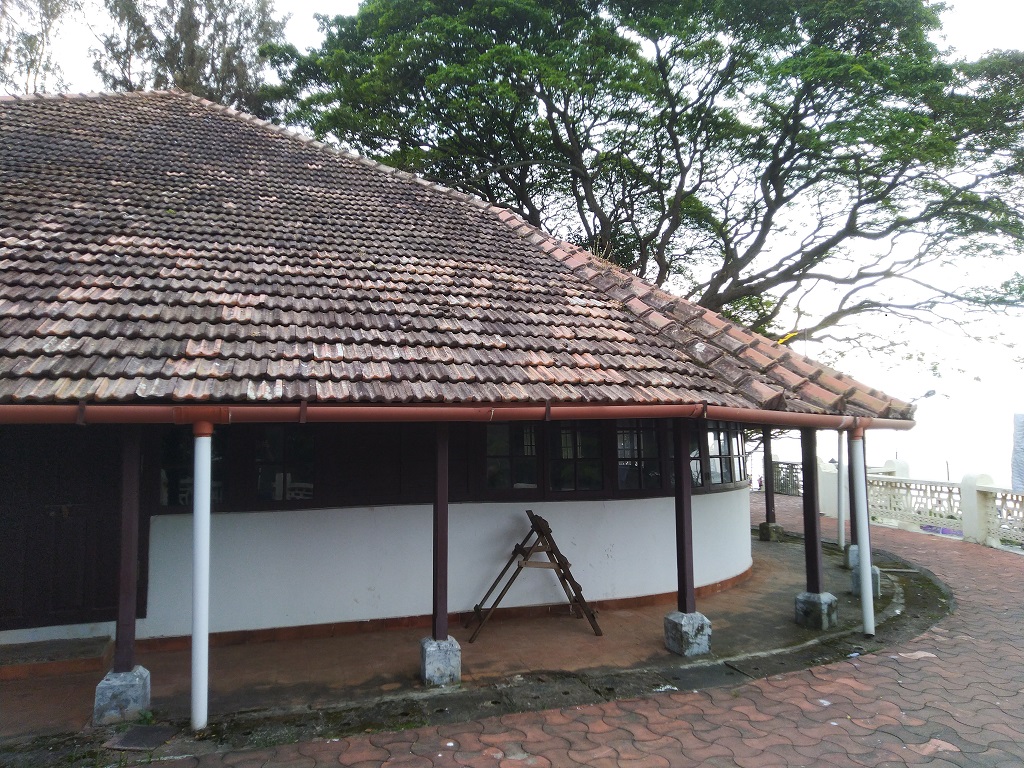 This bungalow was built in 1667 AD with the Indo-European style of architecture. This Bastion Bungalow, an official residence of the sub collector of Ernakulam, has received its name from the site where it is found, i.e. the Stromberg Bastion. The bastion’s bungalow was amazingly designed into the circular structure, tiled roof, wooden verandah, and many more. There is a network of secret tunnels in this building, but none of them has been found till today. 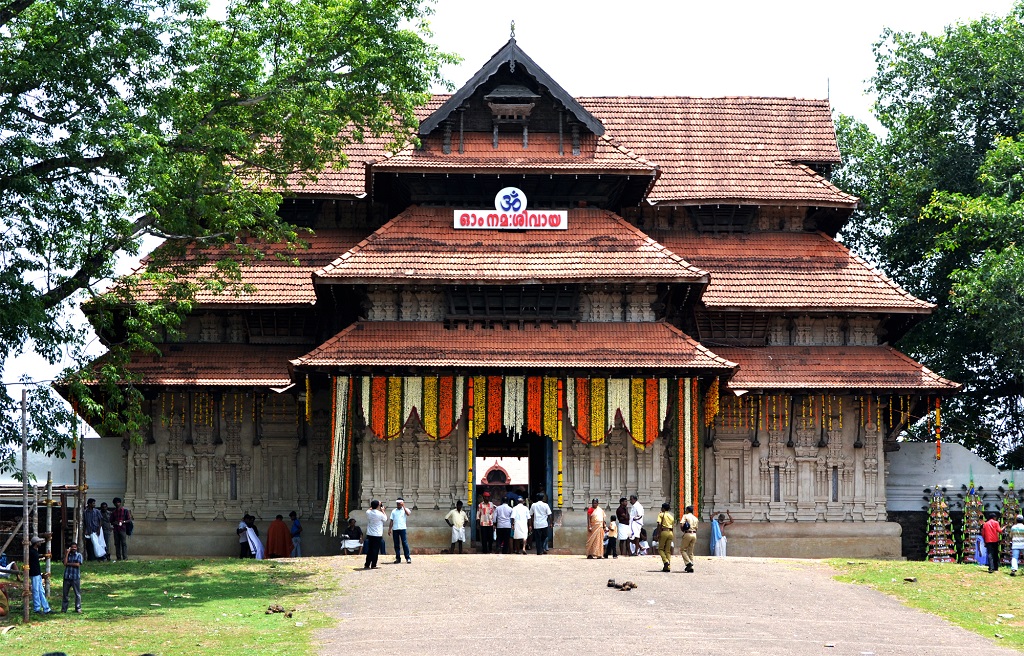 This is one of the largest temples of the state Kerala with the area of 10 acres. This religious temple, dedicated to the Lord Shiva was built by the creator of Kerala Parsurama. The amazing features of this temple include the Mahalingam of Shiva, which can never be seen because it is covered with the huge amount of ghee. The celebration of the Thrissur Pooram festival is another important attraction of this temple.

Amazed with the information? What are you waiting for? Plan a family trip to Kerala and let them understand the glorious past of Kerala by visiting these fantastic Archaeological sites in India. And worry not! Even if history doesn’t attract you; Kerala will not disappoint you at any moment of your trip with its natural beauty and hospitality.

Apart from these, you can also find some best Kerala tourist destinations that can help you to plan your itinerary. As always, whenever you need any help to plan your Kerala historical places tour package, contact us now. We can plan your customized tour at best price ever.