Why Kerala Yoga Retreat and Ayurveda Should Clubbed with Your Kerala Tour Package?

Kerala is a majestic place to rejuvenate! Its air, its beauty, its goodness, and soil is sheer bliss to be true. Every vacationer who thinks of taking time off from the routine, Kerala is always on the bucket list. There is a lot to do in Kerala than just lazing off on the Alleppy backwaters. Kerala offers a range of adventure activities from staying in the houseboats and cruising along the backwaters to staying in a tree house. The experience is splendid. Vacationers often come here to explore the nature walks, rappelling activities, etc. God’s own country is known for its sanctuaries, safari ride into it and capturing the magnificent king of the jungle on the shutterbug, is a vacation come true.

However, the best part of Kerala is yet to explore, that is its yoga and Ayurveda centers. Kerala is known to be the hub of the Ayurveda and Yoga retreat centers.

With lush green parks, dense forests, rivers flowing, beaches alluring make Kerala a right spot to practice Yoga and Ayurveda. The lap of bountiful nature makes it transparent enough for Kerala to offer a range of workshops, yoga and Ayurveda training centers and active programs on the same. Several customized training programs are held primarily for those who are looking in for particular kind of fitness program. Kerala is bestowed with highly trained therapists and professionals which is why the state tops in Yoga and Ayurveda. Since the roots of Ayurveda are from this state, there is no second opinion on its authenticity hence.

Kerala does not limit its practice to a closed banquet hall (like many cities do) but with nature. Practicing sessions on the open beaches, houseboats, garden areas of resorts, makes the session more efficient as one breathes in fresh air, there is most solemn in the air, and one is closer to nature than any other urban place around. Be it international or native vacationers; one does not have to run to get the best training programs for yoga and Ayurveda for you. The tour operator or the resort manager does it for you effortlessly. Many of the resorts have complimentary sessions to offer too. Thus, if there is somewhere you want to rejuvenate and enjoy your vacation, it has to be here.

Atharva Veda has mentions of Ayurveda and its importance. Ayurveda bore its seeds in India before 5000 years ago. It was in Kerala that started practicing Ayurveda and gave the world its entire encyclopedia on it. Based on the requirement of every attendee, there are eight branches of Ayurveda that has sown its seeds.

Kerala is known to host some of the best Ayurveda message centers. It offers natural treatments for all kinds of illness and rejuvenation. The center has many renowned Ayurveda massage therapists who have known to have cured many stress buster symptoms, illness, diseases, etc. Ayurveda helps to attain a natural lifestyle that was once upon a time based on simple rules. Ayurveda has been useful in exploring and curing various type of physical and psychological illness.

Many tourists primarily come Kerala to be one with nature. The Ayurveda therapists in Kerala keep no stone unturned in serving you with the right package that will help you attain equilibrium in life. 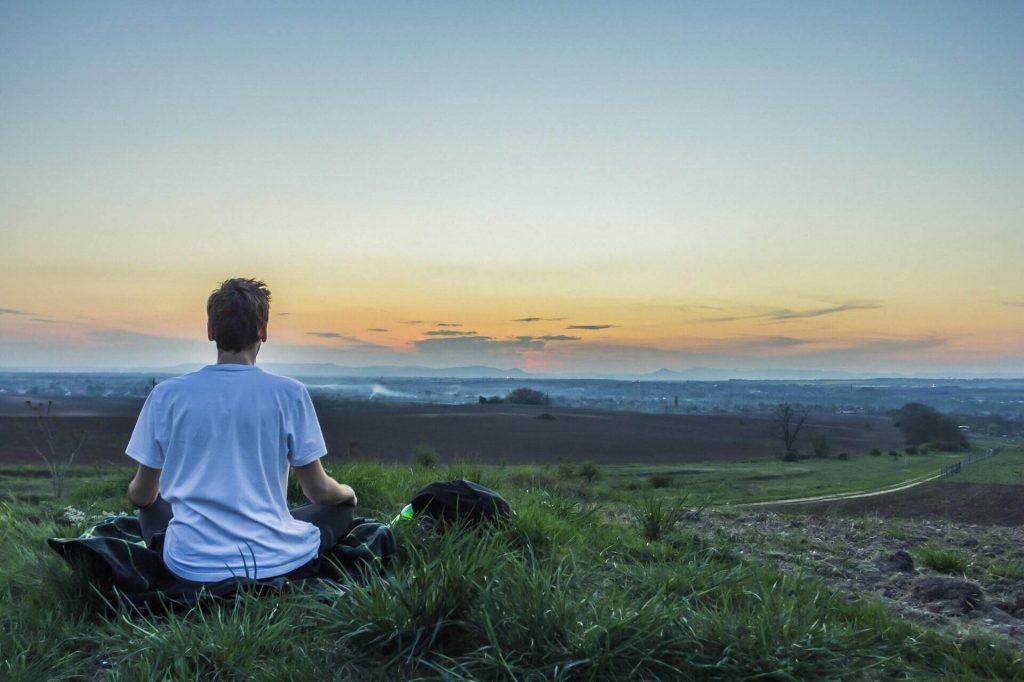 The Inception Of Yoga

No matter how precious you may be, no matter what fame you have achieved, if you are not mentally happy and at peace, there is very little that can make you happy. With the present lifestyle and standard of living, it is essential that one lives a healthy lifestyle that can balance both mental and physical health. What better option than Yoga.

Yoga that has sown its seeds from India during the Indus-Sarasvati civilization time more than 5000 years ago has been the solution for a healthy lifestyle. The history states the word ‘Yoga’ has been derived from the texts of Rig Veda. The Vedic books have elaborated on how yoga has helped in balancing life, flexibility, strengthening mind and body, healed pains and so on.

In fact, if it is to be believed, studies state that yoga helps in burning more calories and tone muscles in a lucrative way than relying on gym workouts and aerobic exercises. Yoga can be practiced for all ages as it is all about controlling deep breathing techniques, meditation, and relaxation. The advantage of yoga has been seen over the last century in the west

The Gravity Of Yoga

There is a definite need to know if yoga practitioners are merely a fad or it does outperform. Apart from toning muscles to keeping mind balanced, yoga facilitates some benefits to its basket. It becomes evident to work on the benefits that yoga can do for one-

The benefit of yoga is such extensive and shown such positive response that it has been used as an essential tool towards psychotherapy. 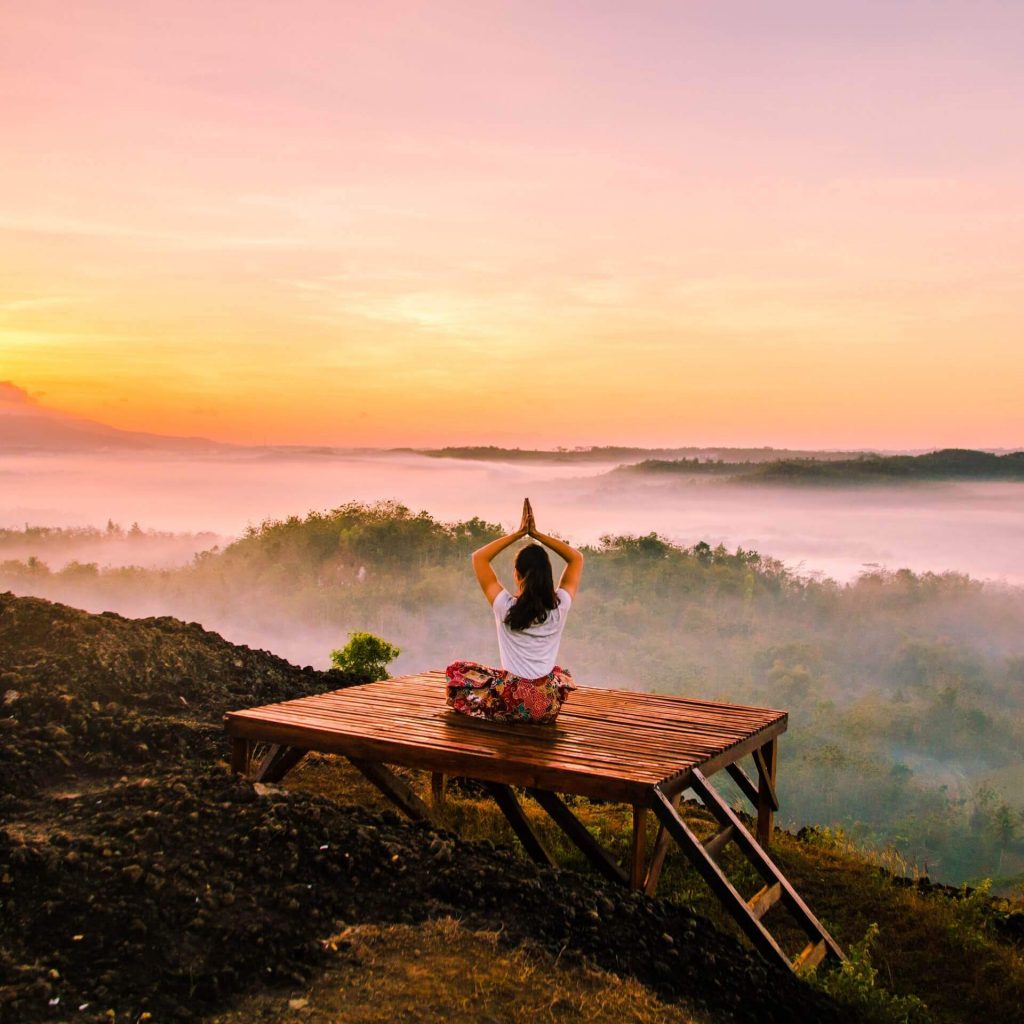 While many may think yoga as a physical exercise, that holds right, but the breathing techniques used helps to meditate on mind, soul, and body. Yoga is a blend of mental, physical and spiritual elements. The asana (physical poses), pranayama (breathing exercises) and dhyana (meditation) together pull in the cosmic energy to produce the vibe that the body, the soul, and the mind need.

If you are on Kerala tour you can easily opt for Yoga packages to merge with your trip. One does not have to be a pro, to begin with yoga. There are varied training programs scheduled depending upon one’s interest and level. For beginners, there is whole new segment while for regular practitioners the program is on a different level. The programs are held in different languages to help you understand the instructions. The instructors are well versed in English, Hindi, and Malayalam. In fact, the state offers training programs based on the requirements. Many wish to reduce body fat and stay healthy while many would like to become a yoga instructor. Some tourists come Kerala to lead a healthy and a peaceful life while there are several who come to target a particular illness in the body. Kerala has it all. Thus to sum it on the options-

For beginners, it is the best training program that works on the breathing exercises.  It is easy, and a slow-paced session to make the attendees get control over their breathing capability.

If you are looking in for speed in yoga practice, this training session could be of your type.  It is best recommended for runners and athletes as they have a command over their breathing than the beginners.

One of the challenging programs of all as it consists of six series of poses. It works on creating internal heat and then work towards the betterment of the body.

Kerala is the hub for yoga practitioners and therapist. Many international and natives come here to increase their body awareness. You can always spend a two-three day and be a part of the various yoga programs held at several resorts in Kerala. There is different mass yoga drill held at beaches, gardens that one can be a part of. It not only helps to relieve stress but also is excellent therapy. Indulge yourself in the session and you ought to come back again to attend few more sessions.

Some attendees come to combat menopausal symptoms of depression symptoms; some try to reduce muscle tension while many practice yoga to lower the risk of heart diseases. Yoga must be practiced in a calm, secluded area where the mind and the body can be at peace. What better choice but Kerala. Once a session attended here helps liberate unhealthy desires, controls emotions, and negative thoughts. You can also join Yoga classes regularly on a paid basis. There are several centers offering daily and weekly courses.  Life becomes more meaningful when you spend an hour or two over yoga sessions. 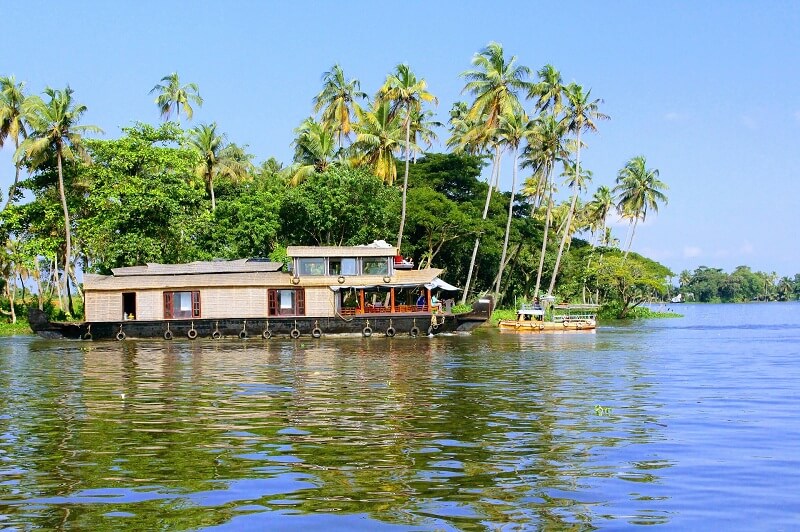 Kerala In A Nutshell

Kerala is the heaven on earth that serves its tourists and vacationers with enormous pride and etiquette. The climate is splendid to visit this place often. This is the reason why most vacationers look forward to Kerala as their favorite vacation destination for it offers all the elements of fun and frolic and rejuvenation that a holiday should offer. Yoga and Ayurveda sessions make the holiday a worth a stay. If you haven’t take the plunge yet, contact your tour manager to the earliest and get going. Start imbibing yoga and Ayurveda in your routine life and there is undoubtedly going to bring in positivity in the body and mind. So when you are on vacation, instead of buying a souvenir why not buy yourself a memory of attending yoga forever!