Jatayu earth’s center is located at a small village called Chadayamangalam in Kollam (Quilon) District is one among the most awaited viable tourism destinations in Kerala. This is the first cooperative work by the Tourism Department of Kerala and Mr. Rajiv Anchal (who is the mastermind and promoter) accompanied by private valuation holders to make destination, which is an inimitable blend of all features of tourism including adventure, mythology, history, nature and beauty in the serenity.

Its assumed that this is the place where – Jatayu, a demi-god of Hindu epic “Ramayana” having the form of a vulture, fought with Ravana – multi headed demon king of Lanka (now Sri Lanka) to prevent kidnapping of Goddess Sita, and got slain off one of his wing. It is believed that Jatayu fell somewhere near the tiny Kerala village named Chadayamangalam. The statue of Jatayu is a giant sculptor idolizing this lesser known warrior who fought and lost his life in his attempt to preserve righteousness.

Why Named As Jatayu Earth’s Center?

Jatayu is considered as the personification of Courage and Loyalty. Endangering his life, he attempted his best to save Goddess Sita from her kidnapper. Therefore, the Jatayu statue stands as a soaring honor to women’s security and uprightness. Jatayu also signifies a former age when human beings, animals, birds and other living forms were concerned for each other and survived peaceably on this Earth. Every visitor at Jatayu Earth’s Center is entreated to comprehend and outdo the inner meaning of this inspirational design.

How to Reach Jatayu Earth’s Center

Chadayamangalam where Jatayupara is located is accessible from majore cities and tourism destinations of Kerala. Below are the details how one can reach to this place.

By Air
Trivandrum is the nearest airport which is 52kms and may take an hour to reach the place by road. 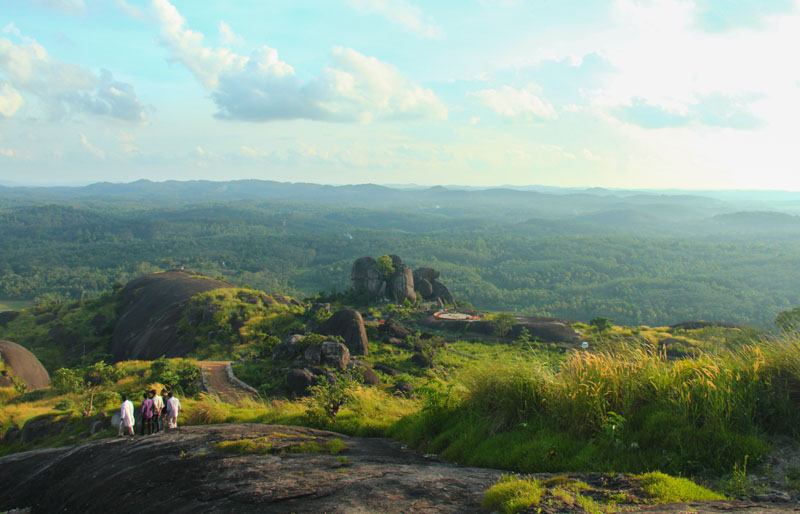 As mentioned earlier, Jatayu Earth Center is consisting of 4 hills and at present only Jatayu rock hill and adventure rock hill is open for tourists.

Jatayu Rock Hill Visit
Tourists who are interested to visit only the Jatayu statue, audio visual museum and mini theatre, half day is more than enough provided cable car service is booked online in advance. 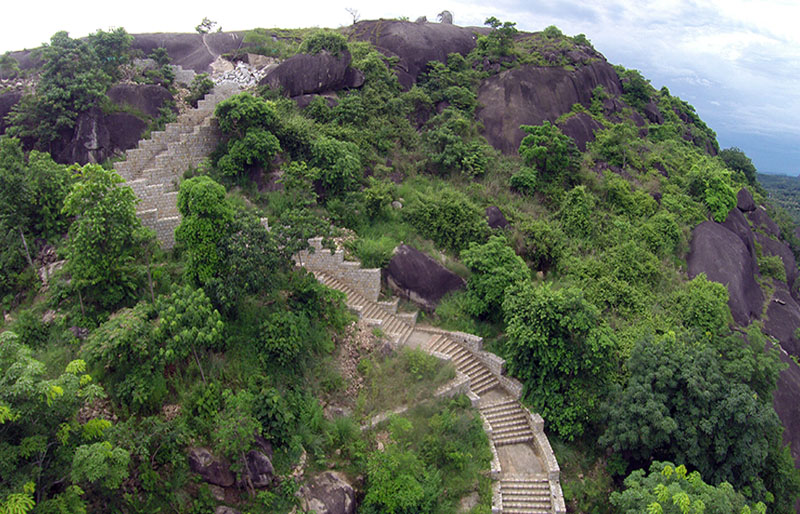 How Jatayu can be included in Kerala Tour Package
Most of the tourist who is coming to visit Kerala is arriving and start their tour from Kochi covering tourist destinations like Munnar, Thekkedy, Alleppey, Kovalam, Trivandrum and finally either going back from Trivandrum or Kochi. Chadayamangalam is located in between Alleppey and Kovalam /Trivandrum on the MC road side and it’s easy for them to visit the statue. Those tourist who are not visiting Kovalam/Trivandrum, but going back after Alleppey, its easy for them to visit this as it take 2hrs drive from Alleppey to reach Chadayamangalam.