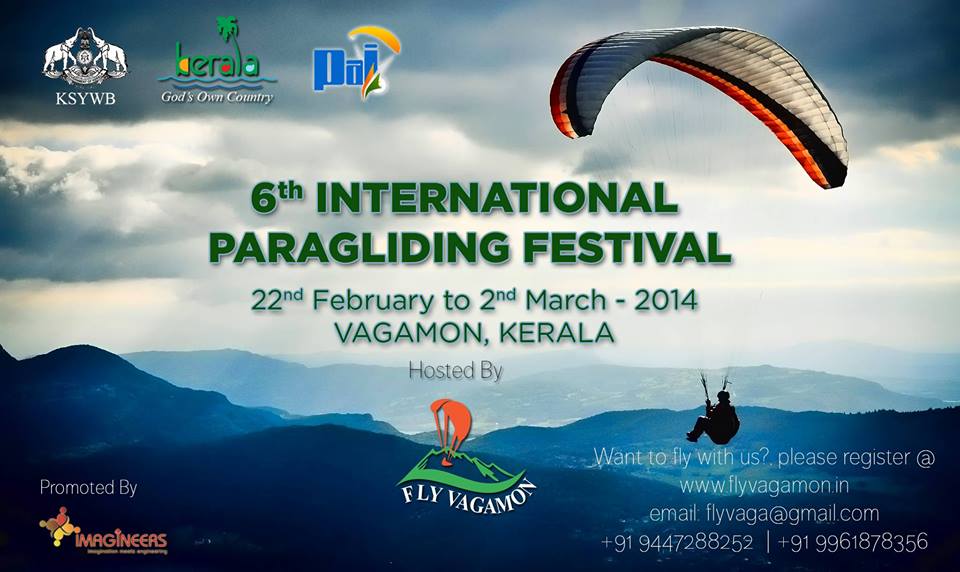 Vagamon hill station is one of the most beautiful places in Kottayam, district of Kerala. Vagamon hill station generally has cool climate with the temperature between 10 and 23 °C because it is located above the sea level at the height of around 1100 metres. This beautiful place is one of the much sought tourist destinations of Kerala and often called as Scotland of India. The cascading waterfalls and a series of various beautiful hillocks make it an ideal destination to visit for every tourist. The picturesque view of the tea gardens and the green meadows of the hills give high peace of mind and amazing eternal bliss. This out of the world beauty of Vagamon is also famous for the trekking; most of the tourists come here just for trekking on hills. The enthralling and enchanting beauty of Vagamon Hill Station offers ultimate holiday experience to the tourists from all over the world.

This International Paragliding Festival is mostly organized in Vagamon which is situated at the border of Kotaayam and Idukki districts. Paragliding festival of Kerala is a famous event and well known all over the world. This International Festival is the four-day event indeed to witness; well systematized by the Adventure Sports and Sustainable Tourism Academy. The concept of this festival in Kerala came into existence in the year 2006 and Kolahalamedu is one of the main takeoff points for the event in the Vagamon hills.

This festival is highly popular in Kerala includes paragliding, off road race, mountain cycling, paramotoring, adventurous photography and many other adventure sports. Thousands of people came here to not only for participation but also to be a spectator of this festival. During this event the sky gets colorful with different para gliders. This is the most mesmerizing time and you will feel the high spirit of enthusiasm. The green rolling hills of Vagamon hill encourages the players to fly more higher. 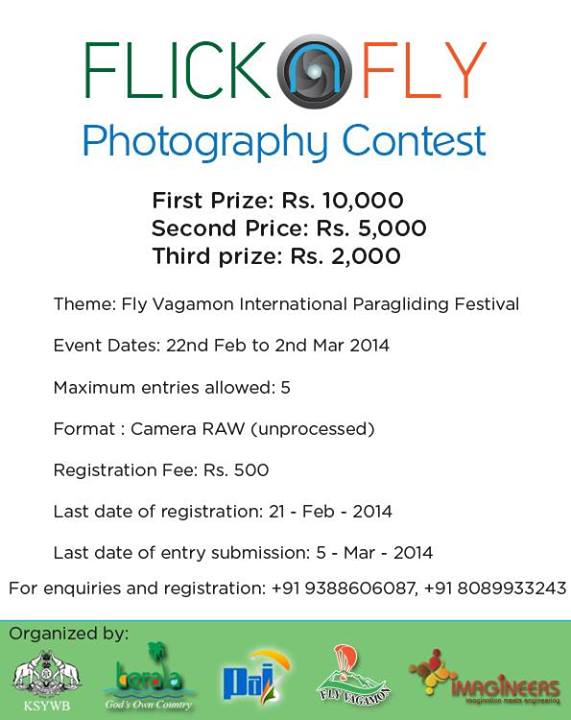 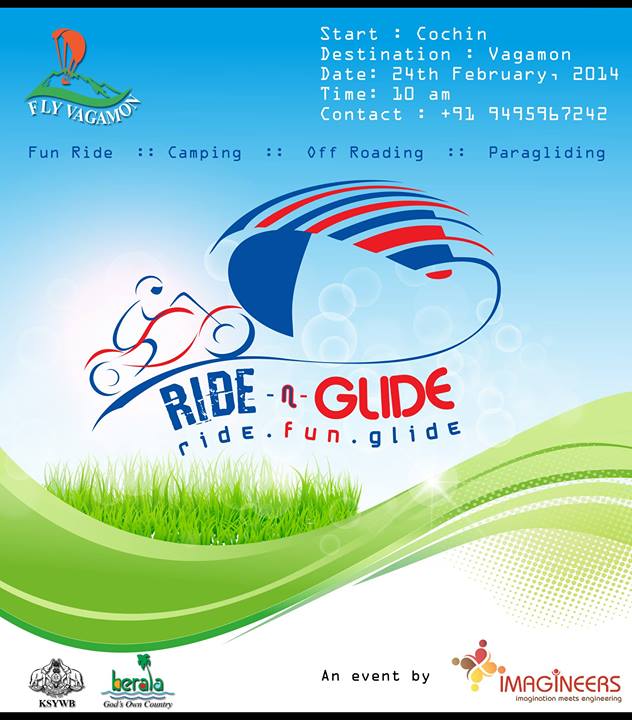 The Adventurous sports and activities give an opportunity to fly like a bird. A new world of freedom, passion, thrill and vigour all are combined in this Paragliding festival. Human being generally has a dream to fly in the limitless sky and this dream can be fulfilled through paragliding. This competitive flying sport offers the feeling of imaginary wings that make him able to take off in the never-ending sky. This recreational sport needs different stages for free flying.

A paraglider is a foot launched aircraft and every paragliding enthusiast should initiate as a pilot and sits in a harness suspended below a fabric wing. The shape is created by entering pressure of air in front of the wings. Pilot has full control over the machine and can fly like bird in whichever direction of air he wants. Really what an amazing feeling is created of being in touch with air. The concept of paragliding has gained international recognition due to the superb convenience offered in this sport. Every adventure sport seeker eagerly waits for this festival to fulfill one of his wildest fantasies of life.