Kumarakom bird sanctuary is popular for wide range of birds and its beautiful scenery. If you are one of them who love to see different birds, we have good news for you. Bird watchers at Kumarakom found that Painted Storks recently started coming to Kumarakom for nesting. They are elated as rate fined exotic water fowls are selecting Kumarakom as their nesting destination.

A recent study conducted by Naturalist at Kumarakom Bird sanctuary, Nature Society Kottayam has identified nesting of these exotic birds at the sanctuary area. They uncovered three nests in the area.  More nesting places are believed to be inside the sanctuary as Painted Storks nest colonially on trees. 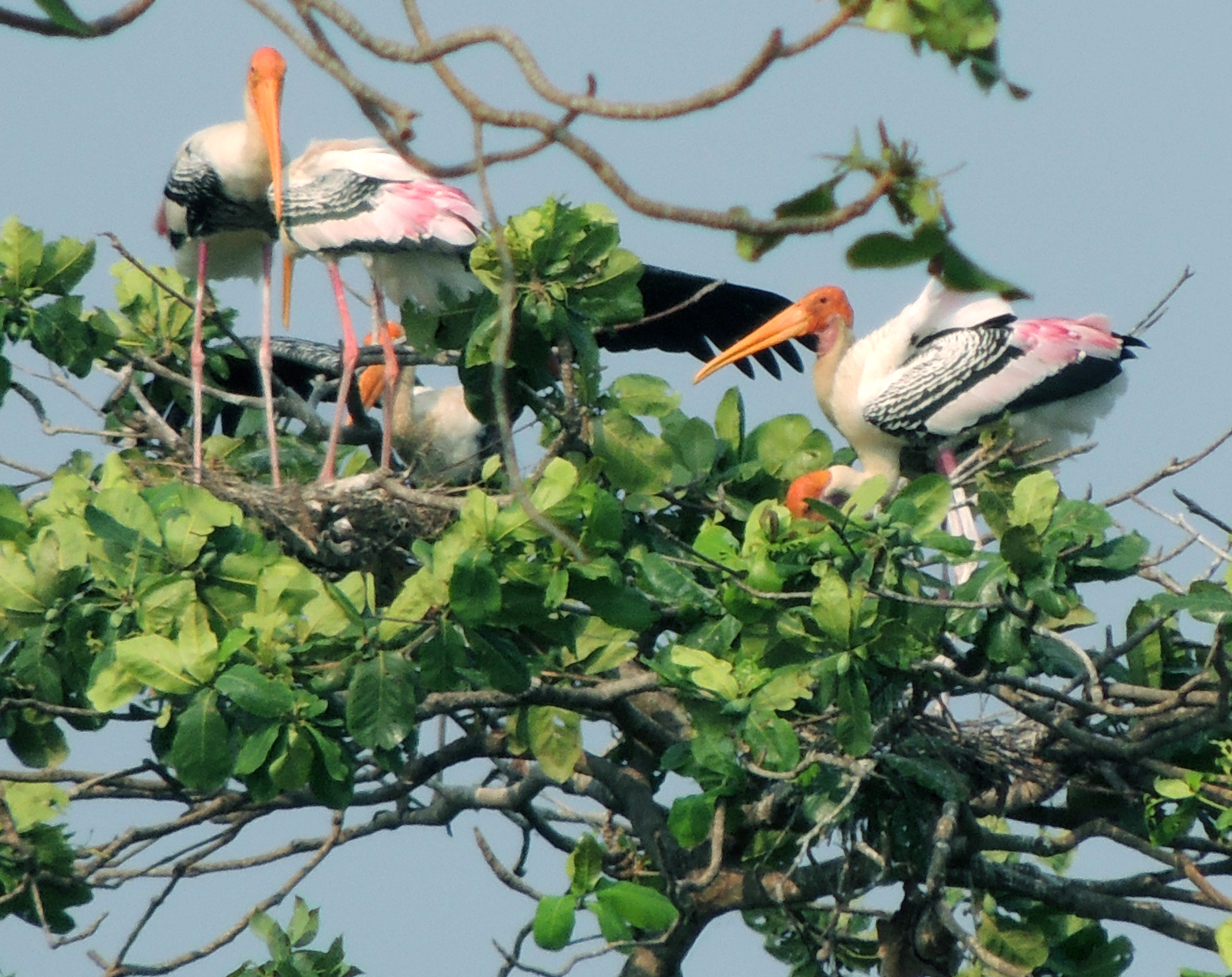 Painted Storks are listed in the Red List prepared by the International Union for Conversation of Nature.  These large and colorful birds stand nearly one meter tall.  Their distinctive pink tertian feathers give them their name.  These birds are usually sighted in Tamil Nadu and Karnataka but not in Kerala till now.

The sighting shows that these large wading birds, though widely distributed in the plain areas of Asia are now expanding to new areas.  The arrival of painted Storks is good news for the tourism industry in Kerala, especially for nature and bird lovers.  Kokrebellur village in Karnataka attracts many bird lovers during the nesting season because of the reason that Painted Stork nesting destination.

India is considered best destination for Painted Stork population and because of it, they have become victims of bird trade in Pakistan. They were nearly wiped out in Thailand while small populations had been sighted in Cambodia and Vietnam.

Recently Kottayam Nature Society found a pair of Sand Martin in a village named Narakathara area a few Kms from kumarakom bird sanctuary. By considering such news and information, we may see more birds migration in some beautiful region of Kerala that can attract bird watcher across the country.

Do you want to visit this bird sanctuary during your Kerala tour? Contact us – We are leading tour and travel operator in Kottayam, Kerala.