The charismatic exquisiteness of the splendid mountains taking off the Western Ghats and the emerald blue-green waters of the Arabian Sea mixing in a kind of glamorous concord with the natural forests and their astonishing flora and fauna summons masses of individuals to Kerala. This impeccable setting appeals adventure buffs to participate in adrenaline focused events. You can relish numerous adventure activities and sports like Bamboo Rafting, Biking, Bird Watching, Border Hiking, Camping, Jungle Petrol, Kayaking, River Rafting, Trekking, etc.

Let us take you to the 7 most adventurous hills and trekking trails in Kerala which will leave you with the unforgettable experience in the life. 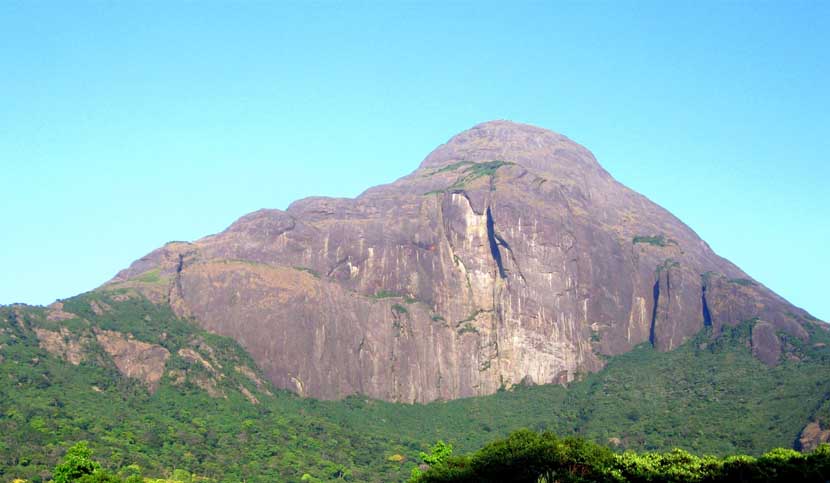 This second highest peak in Kerala is a mountain range in Western Ghats at an altitude of 6201 feet above sea level. The mountain is admired by Buddhists as well as Hindus. It is supposed to be the residence of the Bodhisattva Avalokitesvara and of the saint Agastya, a devotee of Shiva. There are 2 paths to hike the peak of Agasthyakoodam. You can take either from Kotoor near Neyyar Dam or from Bonacaud. Buses are available from Trivandrum for Kotoor and Bonacaud. 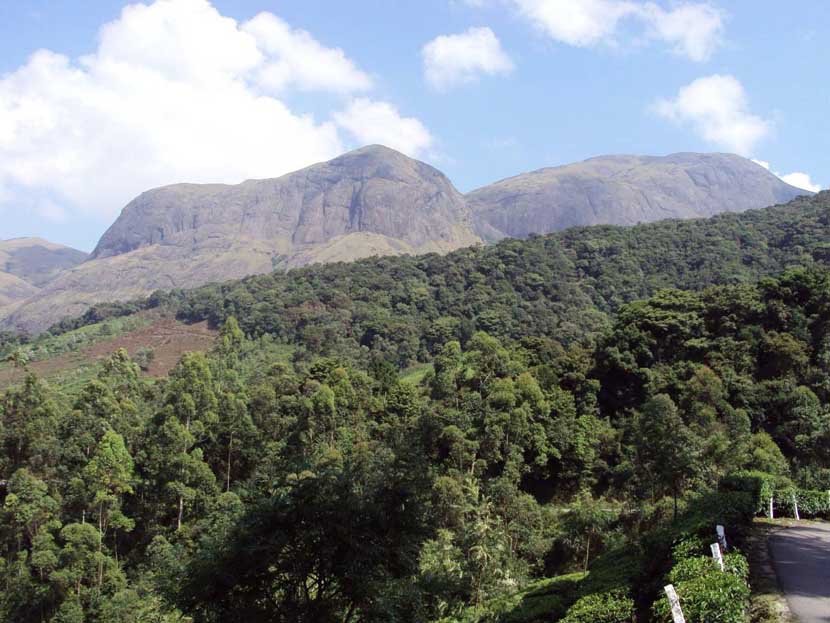 It is the highest hill in entire South India and also the peak point in India outside the Himalaya-Karakoram, at an altitude of 8842 feet. Anamudi, accompanied by the Eravikulam Park, is home to one of the biggest enduring populaces of Asian Elephants, Gaurs and Nilgiri Tahrs. Take permission from Wildlife authorities before beginning the trek to Anamudi peak. With the intention of just viewing the Anamudi peak from a distance, tourists can take the guided mini bus excursion of Eravikulam National Park which will take to the point that offers panoramic view of Anamudi and other neighbouring peaks. 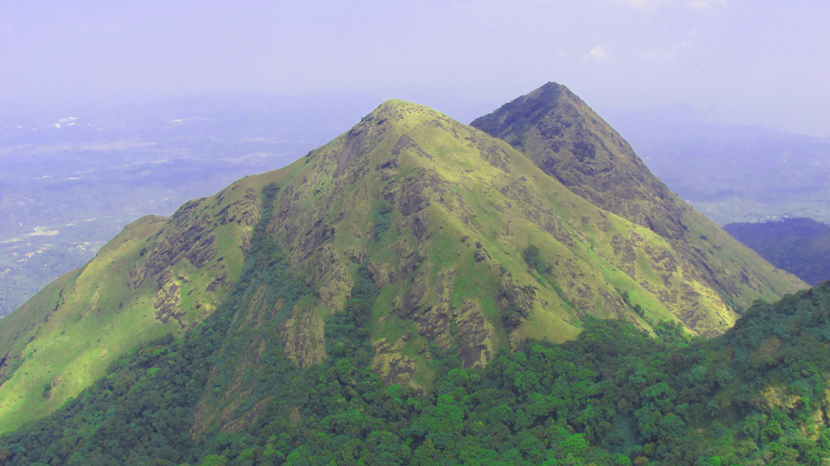 It is the premier peak in Wayanad and 3rd highest peak in South India at an altitude of 2100 metres. It is part of the Wayanad mountain ranges in the Western Ghats. A heart-shaped lake enroute to top of the hill is a major fascination. The real trek begins from the lookout tower at the foot hill of Chembra Peak which is around 7 kms from Meppadi. The trek’s entry point can be reached by personal or sharing vehicles (jeeps) from Meppadi town. There is another way to visit Soochipara Waterfalls (11 kms) when you trek down from the Chembra Peak. 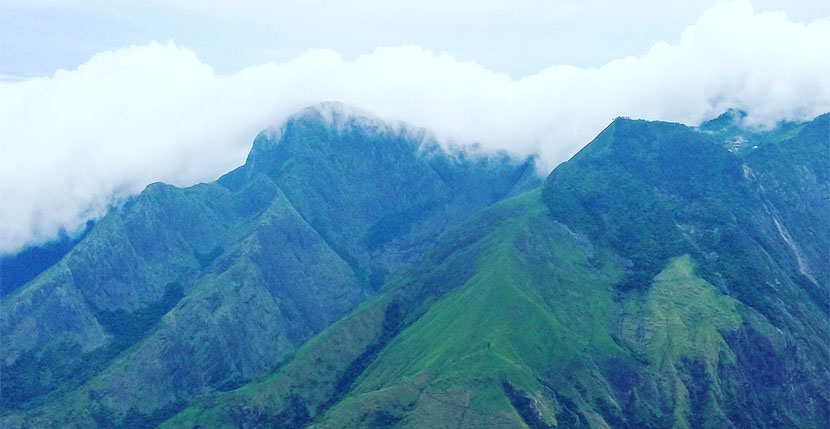 Kanan Devan Hills is a village in Idukki district of Kerala at the elevation of 1700 mts. The land of the Kanan Devan Hills is conquered by tea and the fuel wood farms. There are around 102 species of birds documented in the Kanan Devan Hills area. The mountains in the neighbouring areas are the residence of the rare and Western Ghat rampant Nilgiri Tahr. You can also see to numerous species of animals like Nilgiri Langur, Elephants, Gaur (Indian Bison), Panthers, Wild Cats, Sambar Deer, Barking Deers (Munjtacs), Malabar Giant Squirrels etc. along with numerous reptiles and amphibians. 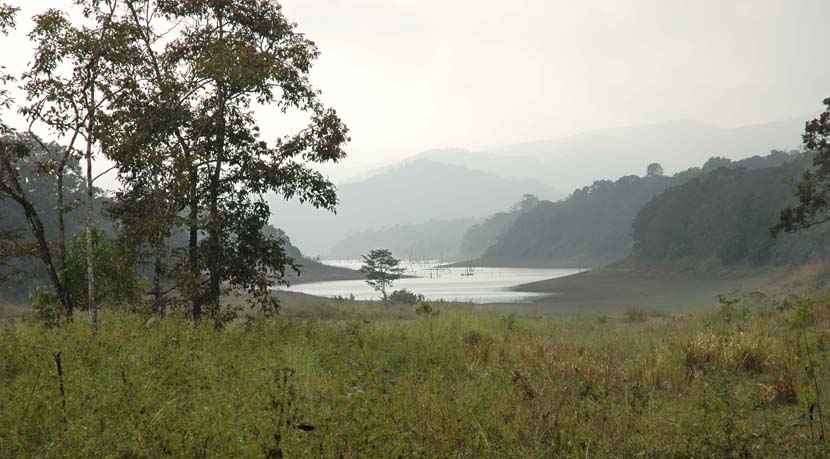 With the wide area of 925 sq. kms this is an illustration of environment’s abundance with great attractive allure, amusing bio diversity and offering absolute tourist satisfaction.  You must visit this one among 48 tiger reserves in India. Passionately protected and professionally managed reserve is a source of unusual, pervasive and scarce flora and fauna and forms the major crunch of two significant rivers of Kerala, the Periyar and Pamba. 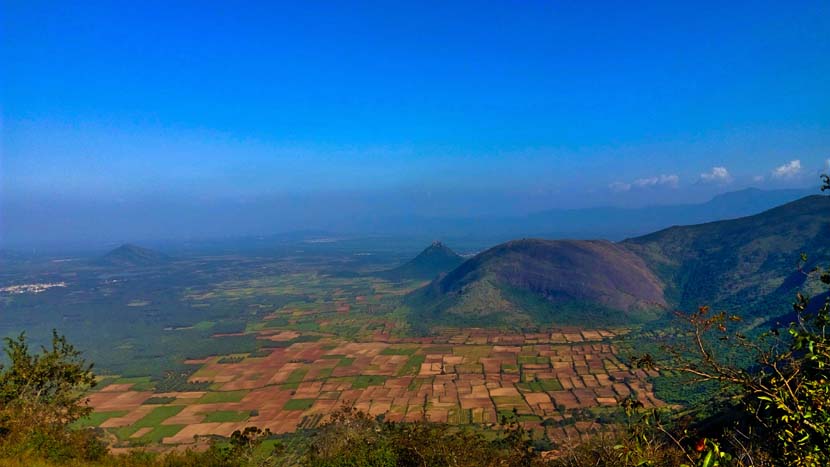 It is a hill station and a rural community in Idukki district of Kerala. Located about 15 kms from Nedumkandom on the Munnar – Thekkady route this place offers a panoramic view of Tamil Nadu’s villages and towns. It is the recommended spot for power generation using winds. It is believed that lord “Shri Rama”, had set his foot on this rock and henceforth the name Rama-Kal-Medu. It is also known as “Land of Wind”. 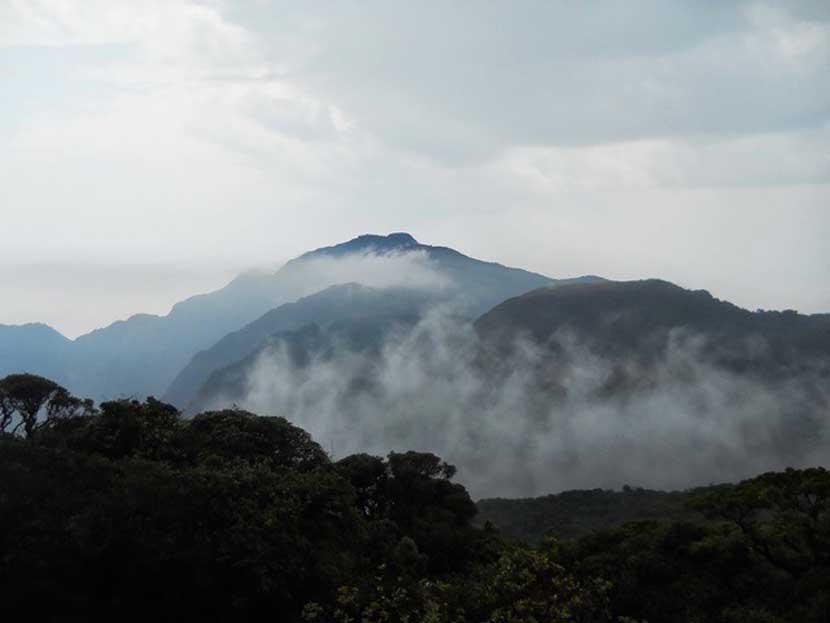 This mountain range is spread crossways in Thiruvambady Panchayat in Kozhikode district and Meppadi Panchayat in Wayanad district of Kerala. It forms a portion of a great hill range which is otherwise recognized as Camel’s Hump Mountains, a part of the Western Ghats. The highest peak in this range is named Vavul Mala which is at an altitude of 2339 mts. The mountain ranges are reachable by foot from Muthappanpuzha, near Anakkampoyil, around 50 kms from Kozhikode.

You may know Kerala for Ayurveda, Spices, Meditation, Tree Houses, Boat Races, Beaches and every other thing explained in the books and web but this is what you must know about Kerala if you are visiting it ones in your lifetime. If you want to visit these places in Kerala then book your Kerala tour package at lowest price with Kerals’s leading tour operator.